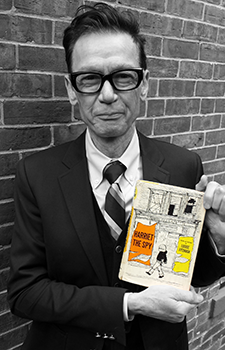 Author Jack Gantos recommends Harriet the Spy by Louise Fitzhugh. “I chose Harriet the Spy by Louise Fitzhugh because when I read her book I wanted to be Harriet’s friend. But because she was a fictional character I began to practice her way of writing: she spied on people and wrote it down in a journal. Instantly, I did too. I drew spy maps of my house and neighborhood and school. I overhead other people’s conversations and wrote them down. Before long I realized that the world around me was filled with stories and all I had to do was sneak up on them—and I became an excellent sneak!”

If you are on Facebook, find Jack Gantos at Facebook.com/Jack Gantos.