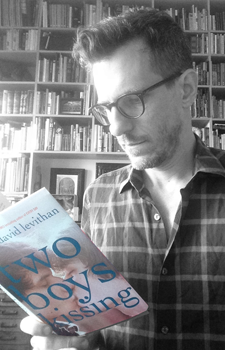 Author and illustrator Brian Selznick recommends Two Boys Kissing by David Levithan. “I chose Two Boys Kissing because I found it formally audacious, beautifully written, and very moving. It’s based on the true story of two boys who decide to break the record for the world’s longest kiss, but what makes it so unexpectedly profound is that the entire story is narrated by the generation of men who died of AIDS. To them, looking forward in time and seeing these boys who live in a world filled with more understanding and acceptance than they could have ever imagined while alive, is nothing short of a miracle.”

Be sure to check out Selznick’s book The Marvels (Scholastic, 2015).