The following lists statistics regarding literacy and aliteracy from a variety of authoritative sources:

“The shares of American 9- and 13-year-olds who say they read for fun on an almost daily basis have dropped from nearly a decade ago and are at the lowest levels since at least the mid-1980s, according to a survey conducted in late 2019 and early 2020 by the National Assessment of Educational Progress (NAEP). Among both age groups, the percentages who said in the 2019-20 school year that they ‘read for fun on [their] own time almost every day’ were at their lowest points since the question was first asked in 1984, according to the survey, which was fielded among U.S. public and private school students before the COVID-19 outbreak. It is unclear whether the pandemic may have changed these patterns.” – Pew Research Center, “Among many U.S. children, reading for fun has become less common, federal data shows,” November 2021.

In the United States, 14 percent of the adult population—a staggering 32 million adults—cannot read.  “What’s more shocking is that we haven’t moved that needle in 10 years.  We know that literacy helps people escape the bonds of poverty and live longer.  We know that people who are literate are more inclined to vote, take part in their community, and seek medical help for themselves and their families. They’re also better equipped to take advantage of knowledge jobs, which are growing at explosive rates.”  – Marcie Craig Post, Executive Director of International Literacy Association, in a panel discussion at the Institute of International Education in New York City, April 2015.

“Over the past four decades, the share of jobs requiring some form of postsecondary education continued to rise, while the literacy performance of American thirteen- and seventeen-year-olds remained flat, according to the National Assessment of Educational Progress (NAEP).  More than 60 percent of twelfth-grade students scored below the proficient level in reading achievement, and 27 percent scored below the basic level in reading. This means these lowest-performing high school seniors do not even have partial mastery of the appropriate grade-level knowledge and skills.

Low reading achievement does not equally affect all students. More than a third of Hispanic and African American twelfth graders read below basic level. Many students who struggle to read and write well make up a substantial portion of the 1.2 million students who leave high school each year without a diploma. The consequences for the individual and the costs to the nation are staggering in terms of lost wages and earnings over a lifetime. Estimates for dropouts, who typically have low literacy skills, are on the order of about $335 billion per year. For those who gain entry into the workplace, private industry spends an estimated $3.1 billion annually to bolster the literacy skills of entry-level workers.” – Mariana Hayes, Alliance for Excellent Education, “Birth-Through-Grade-Twelve Comprehensive Literacy Program” published on All4ed.org website, April 2015.

“The above-average performance of U.S. students on international comparisons does not necessarily mean that their literacy skills are adequate or satisfactory for the demands of the modern economy and modern democracy. …about two-thirds of all students do not attain proficiency in knowledge-based literacy and comprehension skills by the end of middle school. To the extent that high school success, as well as later educational and economic success, depends on the acquisition of these higher-order skills in middle school, many U.S. students enter high school in need of substantial improvement in literacy.” – Sean Reardon, Rachel Valentino, and Kenneth Shores in “Patterns of Literacy among U.S. Students” in “Literacy Challenges for the Twenty-First Century,” The Future of Children, Volume 22, Number 2, Fall 2012.

“…about two-thirds of fourth graders, three-fourths of eighth graders, and three-fourths of twelfth graders were reading at a “basic” level in 2011. About one-third of students at each grade level were reading at a “proficient” level. Over the past forty years literacy skills scores on assessment tests have not improved much—in sharp contrast to sizable increases in math scores over this same period. The gaps in literacy skills by socioeconomic status and race are striking. Throughout elementary and middle school, girls consistently score about 0.2 standard deviation above boys; the black-white and Hispanic-white gaps are each about 0.6 standard deviation; and the income gap (10th vs. 90th percentile of family income) is larger still. – Richard Murnane, Isabel Sawhill, and Catherine Snow in “Literacy Challenges for the Twenty-First Century: Introducing the Issue,” The Future of Children, Volume 22, Number 2, Fall 2012.

Readers play a more active and involved role in their communities. The decline in reading, therefore, parallels a larger retreat from participation in civic and cultural life. The long-term implication of this study not only affects literature but all the arts – as well as social activities such as volunteerism, philanthropy, and even political engagement. – Dana Gioia, Chairman, NEA, “Reading at Risk: A Survey of Literary Reading in America,” June 2004.

The literacy proficiency of a substantial proportion of the U.S. labor force is limited, and only a small proportion of workers perform at a high literacy level. Workers with higher literacy scores are unemployed less and earn more than workers with lower literacy scores. Growth in education has historically been an important source of growth in worker productivity. – “Report on Education and the Economy,” National Center for Education Statistics, 1996.

Less than half of the adult American population now reads literature. (Literature is defined as novels, short stories, plays and/or poetry.)  – NEA, “Reading at Risk: A Survey of Literary Reading in America,” June 2004.

The percentage of the U.S. adult population reading any books has declined by 7 percent over the past decade. – NEA, “Reading at Risk: A Survey of Literary Reading in America,” June 2004.

Of adults 18 to 24 years of age, the literary reading rate decreased from nearly 60 percent in 1982 to 43 percent in 2002 – a drop of 17 percentage points. Young adults are reading much less than they used to. Making literary reading appeal to teenagers also appears to be a significant problem. Long-term reading assessments, summarized by the National Institute for Literacy, show that:

Reading proficiency scores for 9, 13, and 17 year olds have not significantly risen since 1971. – U.S. Department of Education, “Digest of Education Statistics,” 1998.

According to the recent findings of three statewide studies in Colorado, Alaska, and Pennsylvania, strong library media centers and programs help students learn more and score substantially higher on standardized achievement tests than their peers in library impoverished schools.

Literature now competes with an enormous array of electronic media. While no single activity is responsible for the decline of reading, the cumulative presence and availability of these alternatives have increasingly drawn Americans away from reading. – NEA, “Reading at Risk: A Survey of Literary Reading in America,” June 2004.

The average child spends about 38 hours a week exposed to media outside of school. – Children’s Defense Fund, “State of America’s Children,” 2000. 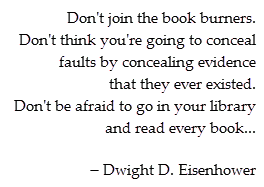