M. T. Anderson has written stories for adults, picture books for children, adventure novels for young readers, and several books for older readers (both teens and adults). His satirical book Feed was a Finalist for the National Book Award and was the winner of the L.A. Times Book Prize. The first volume of his Octavian Nothing saga won the National Book Award and the Boston Globe-Horn Book Prize. Both the first and second volumes of that two-part series were Printz Honor Books. He has published stories for adults in literary journals like The Northwest Review, The Colorado Review, and Conjunctions.

Natalie Babbitt (Emeritus Board Member: 1932-2016) is the acclaimed author of the contemporary children’s classic Tuck Everlasting, which was made into a film. She has written a number of novels for children, including the ever-popular Kneeknock Rise, a winner of the Newbery Honor Medal; The Search for Delicious; and The Devil’s Storybook. She has illustrated her own picture books, as well as collections of poetry by Valerie Worth.

Read Natalie Babbitt’s speeches “The Purpose of Literature – And Who Cares” and “We’re All Mad Here.”

Lois Lowry is the author of dozens of recognized and award-winning books for children, including Number the Stars, The Giver – both Newbery Medal winners – A Summer to Die, and The Anastasia Krupnik series. Lowry has also been awarded the Regina Medal and the Margaret A. Edwards Award for Lifetime Contribution to Young Adult Literature. She says about her writing: “I try. . .to convey my passionate awareness that we live intertwined on this planet and that our future depends upon our caring more, and doing more, for one another.”

To learn more about Lois Lowry, visit her website LoisLowry.com.

David Macaulay is the well-known author and illustrator of numerous publications, including Cathedral, Unbuilding, Black and White, and The Way Things Work. David Macaulay’s detailed illustrations and sly humor have earned him fans of all ages. His books have sold more than three million copies in the United States alone, and his work has been translated into a dozen languages. His many awards include the Caldecott Medal and Honor Awards, the Boston Globe–Horn Book Award, the Christopher Award, and the Washington Post–Children’s Book Guild Nonfiction Award. He was a two-time nominee for the Hans Christian Andersen Award and received the Bradford Washburn Award, presented by the Museum of Science in Boston to an outstanding contributor to science. In 2006 he was awarded a prestigious MacArthur Fellowship, given “to encourage people of outstanding talent to pursue their own creative, intellectual, and professional inclinations.”

Read an interview with David Macaulay.

To learn more about David Macaulay, visit his website HMHBooks.com/davidmacaulay.

Gregory Maguire is the author of eight novels for adults (including Wicked, published by Morrow, the inspiration for the Broadway musical of the same name) and numerous children’s books. Maguire is a co-founder and co-director of Children’s Literature New England Inc., an educational charity whose mission is to raise public awareness of the significance of literature in the lives of children. In addition to teaching at and helping to direct the Center for the Study of Children’s Literature at Simmons College, he was a founding board member of The Foundation for Children’s Books. Additionally, he has served on Caldecott and National Book Award juries and has been a regular contributor to The New York Times Book Review. When not involved in advocacy for children and the arts or in writing, Maguire remembers he has three children at home in Massachusetts, and regularly visits the public library in an obsessive and even devotional way.

Read an interview with Gregory Maguire.

To learn more about Gregory Maguire, visit his website GregoryMaguire.com.

Ann Martin is the author of The Baby-sitters Club series, The Kids in Mrs. Colman’s Class, and the California Diaries series. She has also written Corner of the Universe and Belle Teal, among other highly praised novels. One of Martin’s goals for her work for middle-grade and young adult readers is to embody a strong sense of friendship, integrity, and hard work.

David McCullough has twice received the Pulitzer Prize, for Truman and John Adams, and twice received the National Book Award, for The Path Between the Seas and Mornings on Horseback. His other acclaimed books include 1776, Brave Companions, The Johnstown Flood, The Great Bridge, and The Greater Journey. He is the recipient of numerous honors and awards, including the Presidential Medal of Freedom, the nation’s highest civilian award. Mr. McCullough has been an editor, essayist, teacher, lecturer, and familiar presence on public television. He has been elected to the American Academy of Arts and Sciences, and has received over fifty honorary degrees.

Charles Osgood is a multi-talented and award-winning broadcaster, poet, musician, and author. He is the anchor of CBS News Sunday Morning, as well as the anchor and writer of The Osgood File on CBS Radio Network. He has written several books, including Defending Baltimore Against Enemy Attack, Funny Letters from Famous People, and How to Think on Your Feet Without Falling on Your Face.

Linda Sue Park is the author of A Single Shard, which was awarded the prestigious Newbery Medal by the American Library Association in 2002, for the most distinguished contribution to American literature for children. She has written many other novels and picture books, including the Jane Addams Peace Prize honor book When My Name Was Keoko, the Chicago Tribune Young Adult Literature award title Project Mulberry, and The New York Times bestseller A Long Walk to Water. The daughter of immigrant parents, Ms. Park draws on her Korean ancestry for much of her work. A childhood love of the public library has led her to consider herself a reader first and a writer second. Ms. Park lives with her husband in Rochester, New York.

Jerry Pinkney (Emeritus Board Member: 1939-2021) began illustrating children’s books in 1964. His books have been translated into sixteen languages and published in fourteen countries, and he has been the recipient of a Caldecott Medal, five Caldecott Honors, and five New York Times “Best Illustrated Book” Awards. He has received five Coretta Scott King Awards, and four Coretta Scott King Honor Awards. His books include The Tortoise and the Hare, The Lion & The Mouse, John Henry (written by Julius Lester), and Mirandy and Brother Wind (written by Patricia McKissack). Pinkney says about his work for young people, “When I am working for children, I aim for clarity with a direct correlation between text and art, but I still illustrate stories not as I imagine a child sees them, but how I see them. My work is my life’s vocation, yet it is also the way I get to speak about interests and passions, the immediacy of drawing and my love of painting. What drives my narratives is the search for order, symmetry, beauty and emotion. I want to lead the viewer into my imagination—a world that exists inside these pictures. I have illustrated over a hundred children’s books, and my wish for each one is that all ages will be able to find something that touches them in some way.”

Maurice Sendak (Emeritus Board Member: 1928-2012) wrote more than twenty books and illustrated dozens more, including Where the Wild Things Are, In the Night Kitchen, and We Are All in the Dumps with Jack and Guy. Sendak won almost every important prize in children’s literature, from the Caldecott Medal, to the Hans Christian Andersen Award, and the American Library Association’s Laura Ingalls Wilder Award. He was also awarded the National Medal of Arts. His creativity was not limited to books; he founded a theater company and his work has inspired an opera, ballet, videos, and movies. 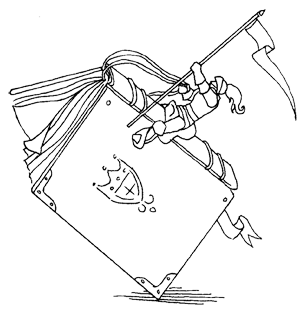 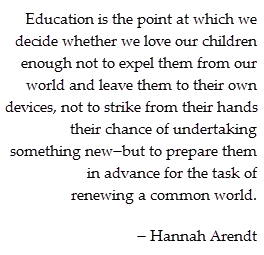