“No way! I don’t believe you!” Nancy said, shaking her head in disbelief. “How can a baby be our father?”

Into the Woods! Annotated List of Suggested Read Alouds and Independent Reads

Browne, Anthony. Into the Forest.  32 p. Gr. 1-4.
A boy wakes up one morning to find his father inexplicably gone. To make matters worse, his grandmother is sick. With the weight of the world on his shoulders, the boy cuts through the forest to see his grandmother. On his journey he sees other children who’ve dealt famously with the deep dark woods – every journey anybody ever takes through the woods has these iconic children in it. A thought-provoking book with fascinating illustrations.

de Monfreid, Dorothée. Dark Night.  40 p. Preschool-Grade 1.
What’s scarier than being on your own on a dark night? Being on your own with a wolf, a crocodile and a tiger in the vicinity! Felix, with his mop of black hair and bright red pajamas, is alone in the woods and grows more scared by the minute…until he finds a doorknob at the base of the tree he’s hiding behind. Can Felix somehow make his way out of the woods?

Sams, Carl R. and Jean Stoick. Stranger in the Woods:  A Photographic Fantasy.  46 p. Preschool-Grade 3.
There’s a stranger in the woods – a snowman in the middle of winter, and none of the forest animals know quite what to make of him. Through incredible photography, we watch all different kinds of animals stare at the stranger, asking each other what they think. Finally, the least likely animal agrees to greet the stranger, who turns out to have a wonderful surprise for the animals of the forest!

Bauer, Marion Dane, illustrated by Leonid Gore. The Secret of the Painted House.  97 p. Gr. 2-4.
Emily is wandering in the woods behind her new house and finds a beautiful playhouse. The inside of it is painted like the forest itself, with another little playhouse on the walls, and there’s another inside of that one. A ghost girl lives in the painted walls, and she wants Emily and her little brother to stay forever. Emily must save them from staying trapped in the forest painting forever – but how?

Ferris, Jean. Once Upon a Marigold.  266 p. Gr. 5-10.
While out scavenging in the woods, Edric the Troll (call him Ed) finds a little boy named Christian, who refuses to go back home.Christian grows up in Ed’s cave, inventing brilliant things, and learning the forest around him. Years later, Christian sees Princess Marigold, and knows she is his destiny. Through a series of fairytale misadventures and triumphs, the two make their way toward happily ever after, with lots of comedy and heart.

Gerstein, Mordecai. The Old Country. 130 p. Gr. 4-8
Years ago back in the old country, Gisella goes into the forest to stop a fox that has been stealing her family’s chickens, and stares too long into the fox’s eyes. One, two, three, she and the fox have switched bodies! A war breaks out, and Gisella must find her family with the forest’s deep, strange magic helping her along the way. This incredible story will keep you racing to turn the pages!

Irene C. Fountas and Gay Su Pinnell write the following about responding to stories in Guiding Readers and Writers: “We partake of the pleasures of a good book once again when we revisit the text in conversation with friends or as we find new mediums. . .to represent our experience with the book. Indeed, not only do we ‘taste’ the book twice, but our initial experience is deepened, expanded, and refined as we return to the text—perhaps again and again—and push our understanding in new ways each time. It is this deepening and stretching of reading that characterizes both reader response and the passionate reader. It’s one we want our students to relish as well. . . .Questioning is best when it fosters students’ own thinking.”

The popular game Would You Rather requires players to think and answer questions in creative and unpredictable ways. As such it is a worthy companion for The Exquisite Corpse Adventure. Players choose between two questions. The following are among the many reasons that authors such as Fountas and Pinnell applaud the merits of open-ended (not one answer) questions. They:

The purpose of Would You Rather is to generate discussion, debate, and fun. Everyone should have his or her say and let the class decide which of the answers is most “satisfying.” The game is unfair. There are no right answers, and the prizes are memories from the class and story. Teams can be unequal in number and in reading proficiency. This could be a preview or review exercise. Students can create their own Would You Rather questions for later episodes.

Would You Rather questions are arranged in a particular order in the table that follows. Numbers 1-5 are warm ups. But the teacher can decide if another order, or random order, will work with the class. If random order is chosen, questions can be cut into strips and drawn from a hat. Either teacher or student reads the question.

Rules of Play for the Classroom

Would You Rather Questions for The Exquisite Corpse Adventure 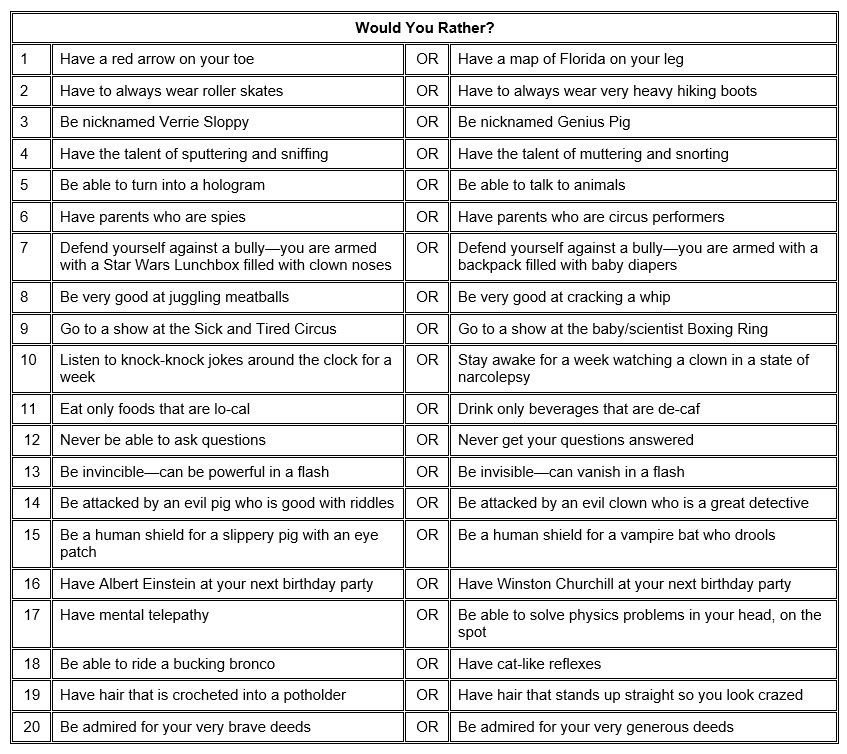 James Ransome’s illustration for “Surprise! Surprise! Surprise!”—Episode 6 of The Exquisite Corpse Adventure, written by Patricia C. and Fredrick L. McKissack—is an amazing illustration being both an action shot and a character study. Writers are often admonished to “Show not Tell,” to reveal character’s personality by “showing” that character’s actions rather than by explaining or “telling” about a specific character’s personality. In this illustration Mr. Ransome imbues the character of Genius Kelly with energy, revealing its personality through action and facial expression. With pen, ink, and washes of color, he captures the aliveness of this pig in a way no photographer could duplicate. 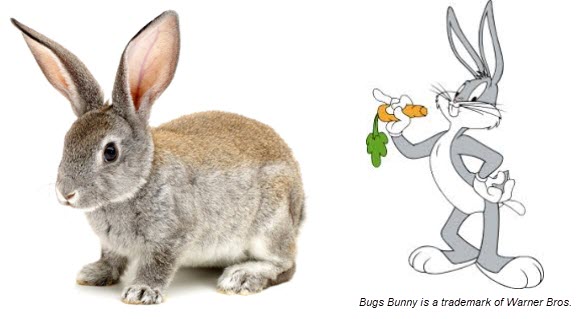 Many kids, when drawing people and animals, naturally draw them in passive posed positions—almost as if the people and animals were models in a catalogue. And many kids, and adults too, draw what they think animals look like, or draw other people’s cartoon conceptions of animals. Drawing cartoons or stylized conceptions of animals is great—but it is better to enter into those stylized formats after you have really taken the time to look at an animal, to really see the details and body proportions and relationships.

Have students keep a sketchbook—Ask students to keep an animal sketchbook and encourage them to draw the animals they encounter at school, at home, and in their neighborhood and parks from real life. At first, encourage them to make quick sketches using loose circles and ovals to delineate heads, appendages, and body parts. They should not worry about details or if these first sketches look anything at all like the animals. Just like playing the piano or learning to play a sport, practice makes perfect. You may want to get a book out about the life of Beatrix Potter, a book that shows the multitudes of drawings and animal studies she made as a child.

Have young people collect animal photographs from old magazines and create a large photo reference scrap book as a drawing resource. Include as many photographs of animals in action as you can. Then supplement their real life drawings in sketchbooks with more detailed drawings using the photographs as visual references. Have students take the time to look at an animal in depth before they put pencil to paper.

Have students experiment with drawing animals in action. Mr. Ransome’s illustration is a great example! Refer to the Talk Art activity for Episode 4 for a discussion and art activities regarding movement in visual art. 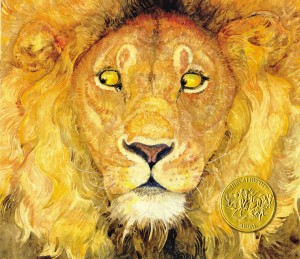 Share a copy of Aesop’s Fables with your kids and teens. Have them choose their favorite to illustrate. They can use their sketchbooks and their animal photo album as visual references for their illustrations. You may also want to share a newer version of the classic fable The Lion and the Mouse, illustrated by Jerry Pinkney. (The cover is pictured at right.) Mr. Pinkney was one of James Ransome’s most important and influential mentors. Mr. Pinkney’s wordless interpretation of this classic fable is the work of a master and should inspire and fascinate your students.

Once students have honed their observations skills and can draw what they see, encourage them to experiment with all kinds of drawing styles and artistic expressions! Suggest that they try to carve animals out of soap or use different kinds of papers to make collages of the animals they love. Have them draw animals in different setting both real and fantasy: farms, zoos, circuses, rain forests, imaginary islands, city parks, etc. Suggest they create their own cartoon strips using animals as characters instead of people. The possibilities are only limited by their imaginations!

Nancy and Joe can perform some pretty amazing stunts using the skills they learned in the circus. Which of their skills would you most like to learn? Why? How would you use that skill? What else have you learned about Nancy and Joe in these first six episodes? What do you know about their character and personalities? Make a list of what you have learned about Nancy and Joe so far. Although they are twins, they are different. In what ways are they different? How can you tell? Do you think Nancy and Joe get along better or worse than most siblings? Why or why not? Would you like to be friends with Nancy or Joe? Why?

Nancy and Joe have encountered a small cast of supporting characters and villains on their quest so far. Episode 6 mentions a new character, Leonardo Dubenski, as “a villain even the villains feared.” Think of a new character you would like to join the adventure and write your own version of Episode 7 to introduce him or her or it to the plot! How will Nancy and Joe meet your newly imagined character? Will your new character be a helper or a villain? Work out for yourself what happens next!

Episode 4 introduced the talking pig Genius Kelly. Talking animals are often thought of as characters belonging to fantasy fiction. Do you recognize any other elements of fantasy or science fiction in The Exquisite Corpse Adventure? Science fiction is defined as “a type of narrative fiction that is grounded in scientific or pseudoscientific concepts and that, whether set on Earth or in an alternate or parallel world, employs both realistic and fantastic elements in exploring the question ‘What if?’” Science fiction often attempts to engage in situations or events that are beyond our current level of technology but might be considered possible in the future. With that definition in mind, can you think of any characters, events, or situations in The Exquisite Corpse Adventure that might qualify as an element of science fiction? Might the hologram of Einstein or Baby Max as the twin’s father qualify as science fiction? What about the time warp in which Nancy and Joe’s parents are trapped? Why or why not? Have you read any books or stories that include a time warp or other science fiction elements? 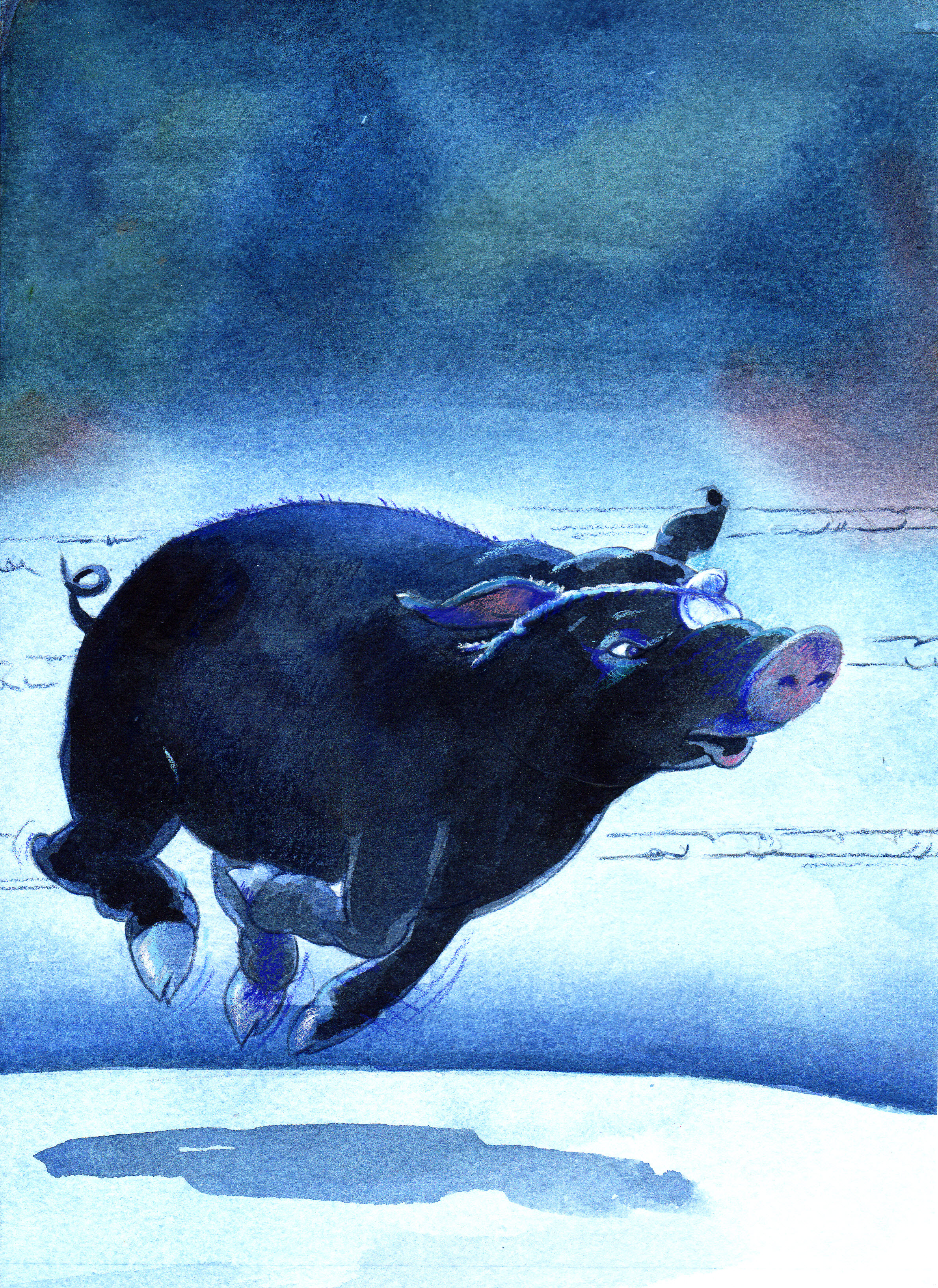