“Hold on! Wait just one minute,” shouted Genius Kelly, making the universal sign for time out. “I am so confused right now. I don’t know which way to go or how to find the head or the door!”

“I feel the same way,” said Joe. “I know a lot more than I did when we started, still I don’t think we’re any closer to solving the problem.

“But we can’t give up,” said Nancy. “We’ve gotten help from so many people along the way. We have to find Roberta’s head or her systems will blow soon. And then we’ll never rescue Mom and Dad.” Nancy sniffed the air as if she might smell up a clue.

Gravett, Emily. Wolves. 40p. Gr. 1-3.
A tender rabbit takes a trip to the public library, and happens upon a book about wolves. Wolves, you say. Rather a dangerous topic for a tender rabbit, perhaps? Never fear. It’s only a book, and we mustn’t confuse a story with reality. That would just be silly…

Kasza, Keiko. The Wolf’s Chicken Stew. 32p. Gr. PreK-3.
The Big Bad Wolf himself is scouring the forest for his dinner. He is just about to pounce on a chicken, when he decides to fatten her up, for an even better meal. For the next few days he deposits scrumptious desserts at her door, but discovers, too late, that hers is not the only mouth to feed. He may not have dinner, but he has 100 new friends!

Trivizas, Eugene, illustrated by Helen Oxenbury. The Three Little Wolves and the Big Bad Pig. 32p. Gr. PreK-3.
In this fun and fanciful twist on the old favorite, three little wolves barricade their homes against the big bad pig with fortress-like properties. When his escalating attacks trump their tactics, they try something completely different, and weave a peaceful house of flowers.

Aiken, Joan. The Wolves of Willoughby Chase. 168. Gr. 3-7.
Bonnie and Sylvia worry about the ferocity of the legendary wolves that roam the woods around Willoughby Chase, but it is the nefarious motives of the evil Miss Slighcarp, their temporary Guardian, and her designs on the family fortune, that represent the real danger. With the help of Simon, the half-wild goose boy, they embark on a plan to foil their foe, and find Bonnie’s parents.

Lyons, Jayne, illustrated by Victor Rivas. 100% Wolf. 256p. Gr. 4-6.
Ten-year-old Freddy Lupin anxiously awaits his “transwolfation,” when he can claim his place among the respected wolves of his lineage, and escape the control of his uncle Sir Hotspur and his home at Farfang Castle. When he becomes a tiny poodle, instead of a great wolf, Freddy must rely on his smarts, and not his strength, to outrun a werewolf hunter and join a band of homeless dogs with ideas of their own.

Wood, Maryrose. The Incorrigible Children of Ashton Place: The Mysterious Howling. 288p. Gr. 4-6.
When Penelope Lumley, 15–year-old recent graduate of the Swanburne Academy for Poor Bright Females, assumes responsibility for the children of Ashton Place, she is met with three children raised by wolves in the woods of the Estate. Can instruction in poetry and Latin overcome their feral tendencies, and even if it does, will that be enough?

Joe and Nancy are looking for heads and doors in this episode and make reference to an arrow spinning and the direction that they should take. The reference is to a compass. Joe and Nancy also used the North Star to guide them on their journey.

Using the information provided in the text, create a map for Joe and Nancy to follow that will lead them to the discovery of a head and a door.

Be sure to pay attention to the descriptions provided to help you draw your map.

For his Episode 23 illustration of The Exquisite Corpse Adventure, Calef Brown portrays protagonist Nancy with the wolf pack.

In the Talk Art! article for Episode 7, Mary Brigid Barrett describes the style used for the Episode 7 illustration, which is the same used by Brown for this Episode 23 illustration, “Like the Post-Impressionist artist and illustrator Henri de Toulouse-Lautrec, Calef Brown uses flat graphic space, a limited palette, strong diagonals, and ‘the silhouette’ to capture and intrigue viewers.”

To read more about the artistic history of silhouettes, as well as relevant discussion questions and an art activity to share with young people, refer to the Talk Art! article for Episode 7: “The Art Form of Silhouettes.”

Choose a portion of this episode (such as Nancy’s encounter with the wolves), and rewrite it as the script for a short, dramatic radio presentation. Start with a list of characters, and then write the script. Radio is all about words and sound, so be sure to include dialog and sound effects. What might you use to produce the sounds, such as the sound of Joe and Genius Kelly moving up the hill to find Nancy? Would you also include music in the background? Assign the roles to other students, and plan a time to read the radio script in a dramatic presentation.

Nancy learns that the wolf scratch she received in Episode 10 infused her with wolf DNA, which has provided Nancy with some additional skills and traits that have proven helpful to their adventure. For example, she can communicate with the wolves. Think about the previous episodes—what other incidents provided the twins with new skills, insights, or experience that have helped them on their adventure? Make a list, then share it with a partner. Did your partner have other ideas that had not occurred to you?

Nancy and Joe grew up in the circus. How have their circus skills and experiences assisted them on their adventure so far? Write a list of examples.

The episode ends with Nancy’s statement, “Actually, Pirandello is hiding it in plain view.” Think about Nancy’s words. Is it possible for something to “hide in plain view?” Would you say that this statement is an oxymoron? (An oxymoron is a “figure of speech that juxtaposes two opposite or apparently contradictory words to present an emphatic and dramatic paradox for a rhetorical purpose or effect.”) Can you recall any other oxymorons used in The Exquisite Corpse Adventure? 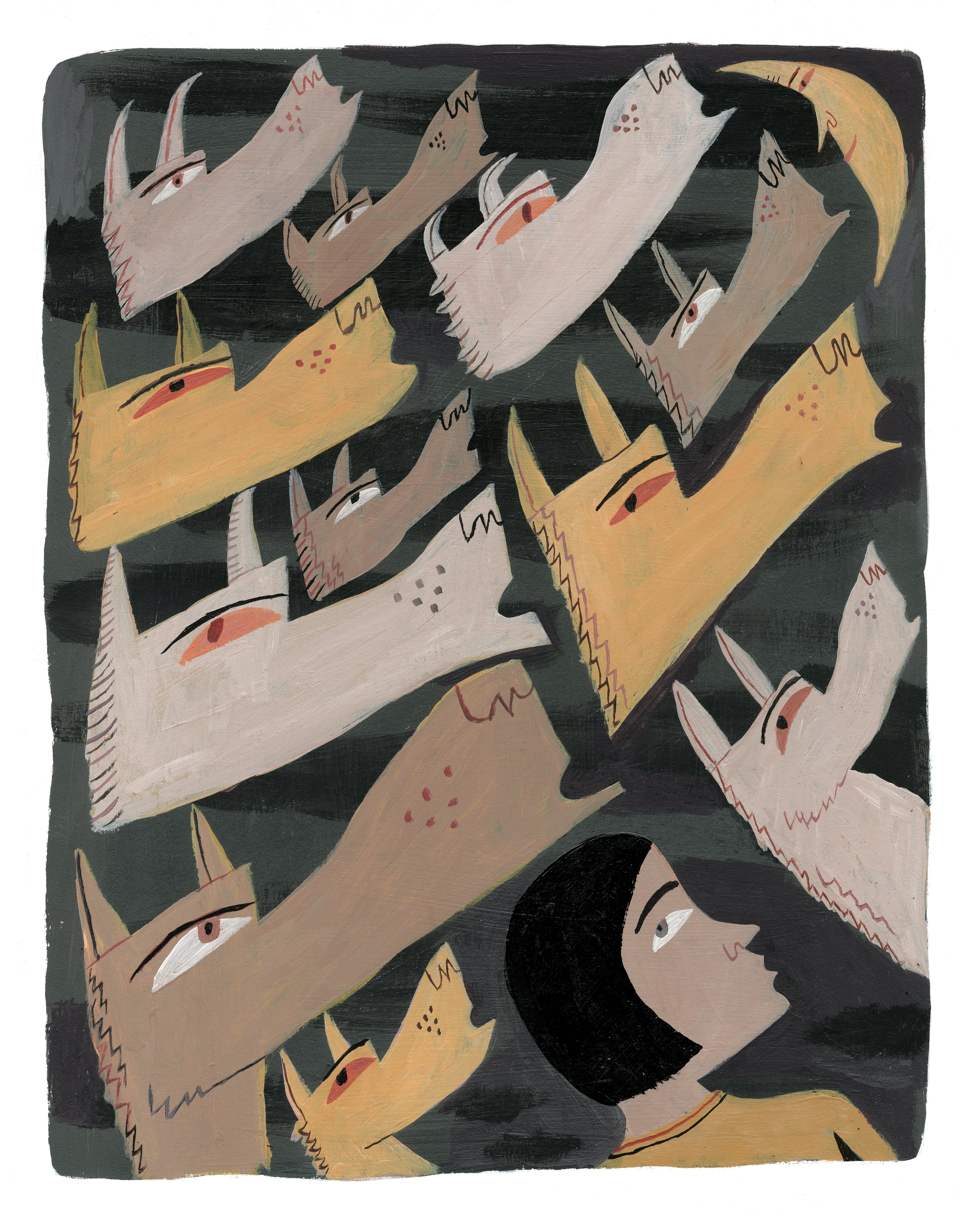