“Meanwhile, Near a Meadow”
by Lemony Snicket, illustrated by James Ransome

It is one of the sad truths of the world that while some people are enjoying sour gummy bears, others might be in circumstances less delicious, such as finding themselves trapped at the bottom of a well with their clothes all muddied, or pursued by hounds across the estate of a mad duchess, or finding out that their parents had only raised them for their long, silken hair, and now that it had grown long enough to be made into a blanket they would surely be slaughtered, or even sitting in a small tin shack listening to the cawing of ravens and the distant chatter of relieved train passengers.

James, Simon. Dear Mr. Blueberry. 32P. Gr PreK-3.
Here dialogue is confined to letter writing, as a young girl writes to her science teacher to tell him about the whale she has discovered in the fountain in the square. Witty and ironic and sweet, their exchange speaks to the joys of learning, and the meaning of trust.

Raschka, Chris. Yo! Yes? 32p. Gr. PreK-2.
In only 34 words Raschka chronicles a vivid, ebullient budding friendship as two young men, one white and one black, meet on the street and exchange a few words of openness that amount to volumes.

Shulevitz, Uri. The Secret Room. 32p. Gr. K-5.
Impressed by the wisdom of a wanderer, the King makes him treasurer of the kingdom. A jealous counselor attempts to bring the wise man down, but his clever answers to the King’s questions save him. Shulevitz’s trademark saturated, angular paintings ground this tale and make it shine.

Konigsburg, E.L. Silent to the Bone. 272p. Gr. 5-9.
Branwell can’t talk. The babysitter snatches the phone away from him and tells the 911 operator “He dropped the baby.” Can his best friend Connor help him defend himself against mounting allegations when Branwell won’t, or can’t speak?

Myracle, Lauren. ttyl. 234p. Gr. 6-12.
Three friends, all sophomores in high school, live out the great and hysterical drama that is adolescent, all through the text message medium. At once superficially entertaining and powerfully affecting, this is a novel that eschews gimmick and embraces storytelling.

Pratchett, Terry. Nation. 384p. Gr. 9-12.
In utterly original parallel narratives, this heart-rending novel tells the story of two young people who forge a bond, and a nation, when they’re thrown together by tumultuous circumstance. A massive storm and subsequent tidal wave wipe out a primitive village and wreck a Victorian-era British ship on the ravaged shore, leaving the only survivors, Mau, a native boy, and Daphne, an English girl, to build a new community as they struggle to start over.

The Directed Reading Thinking Activity would be appropriate (and fun!) to use with Episode 22. (Stauffer, 1969) This strategy is designed to get students to make inferences while reading. Students are guided through a selection to help them formulate questions and make predictions. As they read, students validate or reject their predictions. This strategy is most effective when reading fiction.

James Ransome depicts the character Pirandello for his Episode 22 illustration of The Exquisite Corpse Adventure. For information on how artists create richly colored paintings using wet washes of color, as well as a color exercise you can share with young people, refer to the Talk Art! article for Episode 2: “Wet Washes and Rich Color: Creating an Illustration Layer by Layer.”

In Episode 22 author Lemony Snicket takes us back to the beginning of this adventure and tells what happened when the train on which Nancy and Joe had been traveling in Episode 1 was forced to an emergency stop by Joe in Episode 2. We learn the fates of the other travelers on the train…and we meet Pirandello, the railroad safety officer, for whom the train accident was an unexpected diversion from his normal routine. What exactly do we learn about Pirandello in this episode? Write a list of as many adjectives as you can that describe Pirandello, then think about how you came up with the list. Which adjectives did the author use specifically? Which adjectives did you infer based on Pirandello’s words or actions? If you had to describe Pirandello in just one word, what would it be and why? Do you know anyone like Pirandello? Can you think of a character in a book who might have been the inspiration for Pirandello? Can you relate to Pirandello? If so, then how?

Pirandello meets only one of the train passengers: Orlando. Write a list of adjectives that describe Orlando. Compare the list to the one you wrote for Pirandello. How do they compare?

Pretend you are a reporter and you have just witnessed the encounter between Pirandello and Orlando. Think about what information was shared between them that would be useful to Nancy and Joe. Reporters think in questions. They ask, “Who? What? When? Where? Why? How?” Which questions might you ask and report on because their answers would be important to Nancy and Joe? Write a list, and then answer the questions. Look at your list, and think about what is the most critical piece of information. Use that information to compose a secret text message that you would send to Nancy and Joe. Try not to exceed 200 characters.

Grab a partner and design a board game inspired by The Exquisite Corpse Adventure! Think about the characters and plot of this story—how can you use them to determine a goal for your game? What would the players of your game need to do? Will they encounter villains (like Boppo the Clown, Leonardo Dubenski, and the Monster Wolf)? Will the players be forced to grapple with dangers and obstacles (like dynamite and the sea) that might impede their progress? If so, will your players earn extra points for overcoming them? How will a player win the game? Brainstorm ideas, then write some basic instructions that explain the goal and how to play. Be sure to include how to determine who starts the game, how play proceeds to the next player, and how to win. Then use markers to draw your design on a poster board. If you prefer, you may want to design a video game instead. If so, use smaller pieces of poster board to draw a story board for the critical steps in your game. 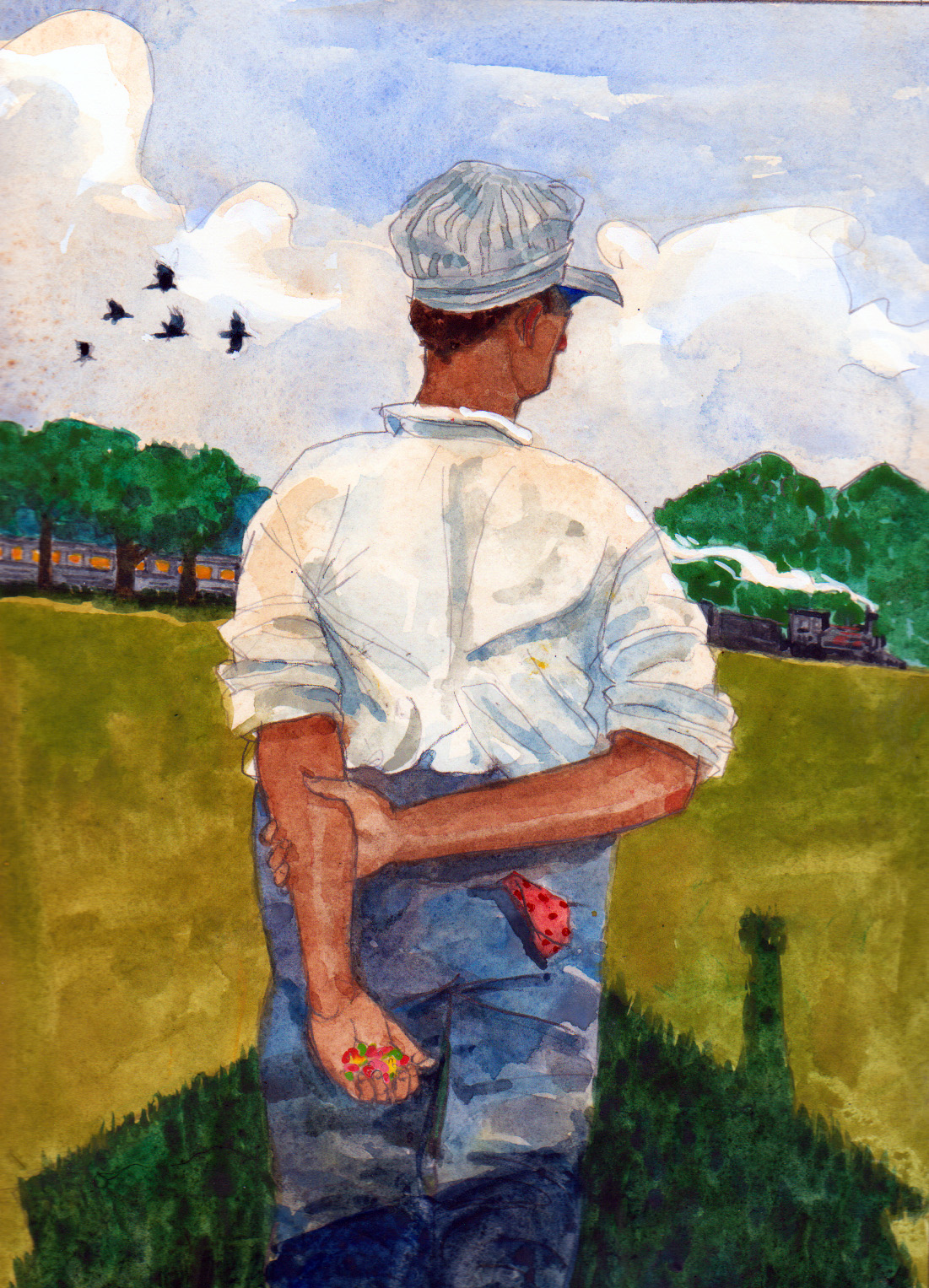