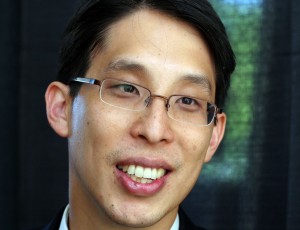 Educator and comic-book creator Gene Luen Yang has been selected to serve as the fifth National Ambassador for Young People’s Literature by the Center for the Book in the Library of Congress and the Children’s Book Council and Every Child a Reader. Yang will be inaugurated Thursday, January 7th, in Washington, D.C. at a free event open to the public.

In an interview with Michael Cavna of The Washington Post, Yang says, “I’m really attached to furthering the integration of the book and ­comic-book worlds. This is the next logical step.” says Yang, whose current projects include writing a young-adult book series and for DC Comics’ Superman character. “